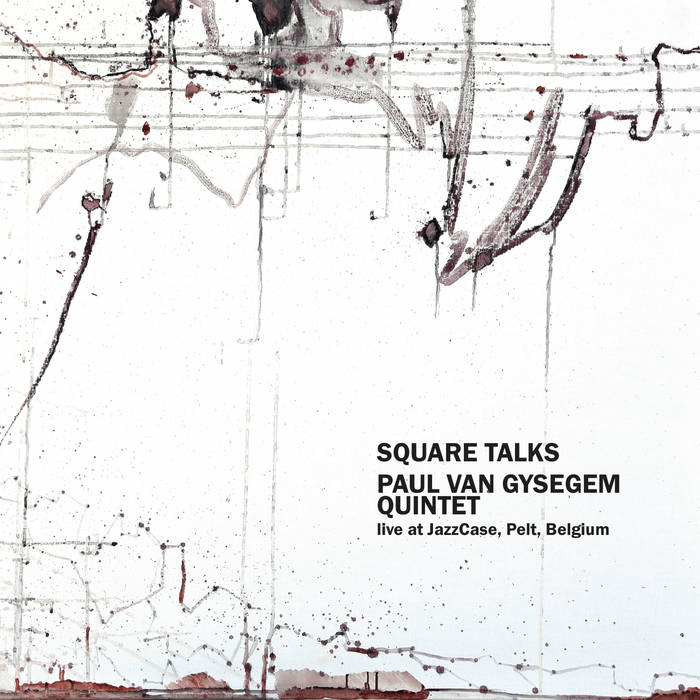 Don't judge a man by the size of his discography. Paul Van Gysegem can only be heard on a handful of releases, but he played a crucial role in the development and visibility of improvised music in Belgium. More than half a century ago, he started inviting international heavyweights to Ghent and performed with many of them. Aorta, recorded by his Sextet in 1971, was one of the key documents of that turbulent era and was rightfully reissued by French Futura label in 2011. However, let's not focus too much on accomplishments of the past. As the music on this new album confirms, Van Gysegem has never been one to look back on the 'good old days' and rehash what has been done before.

For his first album as a leader in almost half a century (!), Van Gysegem has surrounded himself with some remarkable colleagues. Cel Overberghe and Patrick De Groote were already musical allies in the second half of the sixties and artists that also pursued various courses in life. Like Van Gysegem, Overberghe has dedicated himself mainly to the visual arts, while De Groote disappeared completely from the music scene for years, to return about a decade ago as an eager participant in a variety of contexts. Erik Vermeulen and Marek Patrman, who have been bonding for years in the pianist's trio, are among the open-minded musicians of their generation, effortlessly moving in and out of the jazz idiom.

The music on Square Talks is testimony to the musicians' ingenuity and maturity. There's no grandstanding here, no impatient urge to impress with decades of experience and technique. Bass player Barre Philips recorded one of his finest, most lyrical statements (End To End) as an octogenarian, while Joe McPhee is still playing some of the best music of his career, partly because he knows how to surround himself with like-minded souls that respect him, but also keep pushing him. Likewise, things don't get too comfortable here. The music often remains sparse and probing, with tentative ideas that can dissolve or lead to others. Opener "Haaks" is the perfect illustration of this approach, with each musician contributing to a patchwork of steadily emerging ideas and suggestions, gradually lending the piece its shape.

Throughout the remainder of the album, atmospheres and temperaments shift, with more energetic or dense moments popping up (just check out the frenetic edginess of album closer "Square Talks"), or the musicians verging closer to the jazz idiom (for just a few seconds even with a hint of Charles Lloyd's mysticism?). Just as often, they find themselves involved in a collective architectural act, looking for new ways to construct spontaneous structures (and that's no contradiction) with familiar building blocks and an unpredictable end result. The interplay involves abstraction without becoming an exercise in cerebrality, as the appropriately titled "Melancholia (for Joske)" shows.

Age doesn't matter. Van Gysegem already proved it with Boundless (recorded with De Groote and Chris Joris) a few years ago. With Square Talks, this veteran of improvised music adds another gem to a discography that makes up for its diminutive size with a remarkable spirit and quality. Contrary to his paintings and sculptures, this music is a collaborative effort of course, but his personality and indomitable creativity remain just as impressive, luring the listener into a multi-faceted journey, an engrossing universe of its own.